Skip to content
Great Deals on Furniture is a paid advertiser of The Dish.

Great Deals on Furniture is joins us to say goodbye to summer and hello fall in this segment of The Dish.

More About Great Deals on Furniture:

To have a successful business, sometimes you have to take a different approach, and that’s just what Eddie Kennedy did when he opened Great Deals on Furniture.

While Great Deals on Furniture is relatively young, Eddie and his wife Carol are not new to the furniture industry. Eddie worked in his families’ furniture business in every capacity for over 30 years learning what it takes to have a successful operation. Carol was hired to work there in 1989 and began learning the business herself.

In the early 90’s, Eddie served on the Board of Directors for the Georgia Home Furnishings Association and throughout the years, he has attended up to 8 furniture trade shows, seminars and conventions a year learning about and developing a passion for the furniture industry.

In addition to that, in 1994 Eddie co-founded, with 5 other independent furniture stores owners, Furniture First, America’s largest Furniture Buying Group. He served as Vice Chairman of the Board of Directors for 5 years and oversaw major buying committees for the group. The buying group now has over 200 members and about 1.5 Billion Dollars in buying power, which enables Great Deals on Furniture to find deals and negotiate lower prices with the manufacturers so the furniture can be sold for less. No independent store in this market place has that kind of buying power.

Over the years, Eddie has developed great working relationships with factory owners and furniture manufacturers, “often, the factories will call me when they need to move furniture out of their factories. They have inventory of unsold or overstocked merchandise and it’s always changing so I’m constantly monitoring the factories to find the best deals.”

In 2005, Eddie and Carol decided to launch out on their own and start a unique 3-day concept. “Seventy-five percent of people who buy furniture, buy it on Friday, Saturday and Sunday and they want to take it with them, if they can,” says Eddie. They wanted to have a different type of business where it’s all about selling the furniture at the lowest price possible by keeping the frills out and the overhead low. In 2011, when Great Deals on Furniture moved into it’s present location next to Sam’s Club on Bobby Jones Expressway, Eddie and Carol added Thursday to their 3-day concept, “we were here unloading trucks and preparing for the weekend, so it made sense to allow customers to get a come on in.” 4-days a week and Holiday Mondays keeps operating costs low, so Great Deals on Furniture can provide the best furniture values in the CSRA.

Great Deals on Furniture is a paid advertiser of The Dish.

Ana shares a story of peace and positivity

AUGUSTA, Ga. (WJBF) - Ana shares a story about how a young man with Down Syndrome focused on getting 1% better every day and accomplished his goal of becoming an Ironman.

AUGUSTA, Ga. (WJBF) - Signature Mike shows off some of the stunning items they offer at Signature Interiors.

‘It has been the greatest honor:’ first lady Melania Trump releases farewell message

Martin Luther King III: we have to find ways to coexist

Police warn of something new to worry about: Meth-Gators

Death of a homeless man spurs calls for action in Augusta 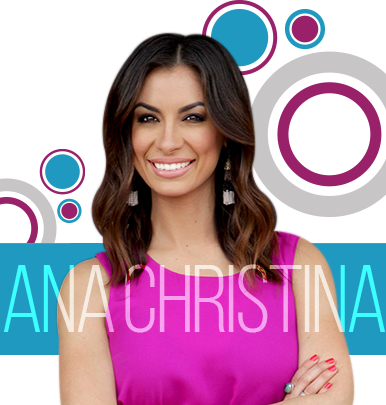