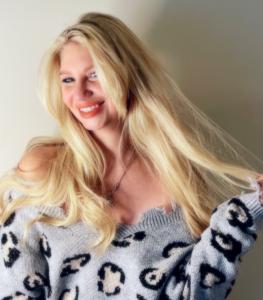 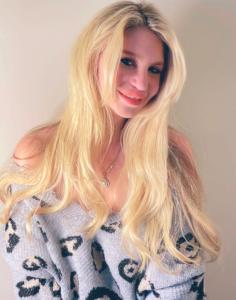 I have been truly impressed by Lacie's unique songwriting skills. When she sings her creations, the listener can feel her emotions. I know these songs will become hits that will live on over time.”
— Stephen Wrench, CEO and President of Musik and Film
NASHVILLE, TENNESSEE, UNITED STATES, January 25, 2023 /EINPresswire.com/ -- Clinetel Records proudly announces the signing of hit songwriter, Lacie Blue to the Nashville record label to record an EP and singles. Lacie Blue will be joining other hit artists on Clinetel Records. Clinetel Records has had five number one hit singles in 2021 and seven number ones in 2022 on the Euro Indie Network Top 100 charts, the Official U.S. Top 20 charts, and the World Indie Top 100 charts.

Hit songwriter, Lacie Blue is an award-winning musician and known as a dynamic music performer, author and scholar. Her first album, "Nothing is Real" was produced by the remarkable Wayne Moss and received reviews within the Americana genre. Her song, "Back Together" is the theme song for the World Craniofacial Foundation. Lacie Blue's four number one songs are: "My Lucky Song" and "Perfect Enough" with JoZie; "There Will Come a Day" and "World of Hope" with Billy Gaines, co-written with Thornton Cline. Lacie Blue recently signed with Nashville-based label, Clinetel Records for her artist deal with major distribution worldwide.

"I have been working with Lacie Blue for several months now on pre-production for her new EP. I have been a part of many major hit records in my career (https://musikandfilm.com/stephen-wrench-producer/. I have been truly impressed by Lacie's unique songwriting skills. She crafts words and music into a unique blend of stories and poems filled with passion. When she sings her creations, the listener can feel her emotions. We will be going into the studio very soon to capture these creations. I know these songs will become hits that will live on over time."

Lacie Blue is the winner of numerous awards in Texas, but the ones she is most proud of are: Fiddler of the Year, Bluegrass Act of the Year, and "People's World Champion Fiddler" after competing with over 500 incredible fiddlers.

Lacie Blue has graced the stage with legendary artists: Mark O'Connor, Mark Wood, Judy Hyman, Jonna Fitzgerald, Bruce Molsky, Isidor Saslav, Jerry Vandiver, and Jimmy Fortune. Lacie has opened for high-profile artists of many genres: Jimmy Fortune, The Cherryholmes, Mark O' Connor, Mark Wood and Elleen Ivers. Having toured internationally as a classical violinist and fiddler in Austria, Germany, England and Ireland. Lacie Blue had the great honor of performing for the Arch-Bishop and Prime Minister of Austria. Lacie served as concertmaster of the Led Zeppelin Symphony and lead singer in the Led Zeppelin Choir, performing with Mark Wood, Laura Kaye, Chuck Bontrager, Joe Deninson and Tracy Silverman. Lacie Blue was part of nine symphonies and still performs as a soloist for many symphonic bands, choirs and orchestras.

Lacie Blue actively writes and co-writes. She spends much of her time mentoring others to fulfill their highest potential, performing with companies that utilize her musical and theatrical abilities, as well as thrilling audiences with her one-woman show.

Lacie Blue speaks internationally on global access to music education, most recently in Chengdu, China at the Music Cities Convention and the NAMM Conventions.

Lacie Blue is working with the extraordinary veteran producer, Stephen Wrench of Musik and Film for the upcoming release of her new EP.