Transportation Expert Ned Einstein to be Featured on Close Up Radio 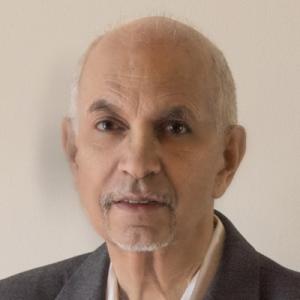 WARWICK, NEW YORK, UNITED STATES, November 25, 2022 /EINPresswire.com/ -- Every lawsuit has three components: The evidence (the case itself), the law, and the subject matter. Most people – including all lawyers – think that the most important element is the law. Most experts realize that what is far more important is a knowledge – hopefully a mastery – of the subject matter. This insight led Close-Up News Radio to launch a series about expert witnesses – aimed largely at an audience of attorneys. Among those experts we sought was Ned Einstein, with 47 years of experience in the public transportation field, 34 years spent mostly as an expert witness, with 700 cases and more than 300 magazine articles (among other publications) “under his belt.”

Mr. Einstein is unusual not only as an expert, but unusual for anyone in his field. He had the good fortune of spending time directing or participating in projects, at the highest levels, in every single ground transportation mode: Transit, paratransit, schoolbus, special education, motorcoach, non-emergency medical transportation, taxis, TNC’s (like Uber and Lyft), shuttles and passenger rail services. He also spent a full decade directing the operations of his own 70-vehicle door-to-door paratransit system. Even more uniquely, he directed the design and marketing efforts associated with a European-manufactured schoolbus and motorcoach. So Mr. Einstein spent six of his professional years on the “automotive” side of the business – as well as the rest of it on the “operating” side. So he has the unique ability to see every mode from every angle. He also has a mastery of the industry standards of care in every sector, and a mastery of key regulations at the Federal level, and a working knowledge of many at the State level (from cases he has worked on in 45 states).

Mr. Einstein admits that he has enjoyed opportunities that few if any fellow-experts in his field had experienced – some of which he attributes to luck. Among them, he directed USDOT’s first nationwide examination of demand-responsive (door-to-door- or curb-to-curb) systems for elderly and disabled passengers, coordinated the design and marketing efforts of two buses (as noted), designed an award-winning transit system from scratch, directed his own large paratransit system for a decade, served on a National Academy of Science Committee, worked on international projects in Slovenia, Russia and Canada, and among other writing opportunities, has written monthly articles on the theme of “Safety and Liability” for National Bus Trader magazine for the past 23 years, and authored five years’ of monthly installments on the subject of “crossing” for School Transportation News. Mr. Einstein considers himself a “trade show junkie” – although he has also made dozens of presentations at national, state and provincial conferences.

In semi-retirement mode, and even more selective than he already was about the cases he takes, Mr. Einstein told us that, “My objective as a radio interviewee isn’t to market myself. Instead, I am hoping to share my feelings and insights with attorneys – including a lot of criticisms about how they mishandle cases and often (on the plaintiff’s side), “leave money on the table.” He added, “And I hope to also share a few strategies rarely employed that greatly increase a case’s settlement value – often exponentially. And along the way, I hope to reveal the truth about what U.S. public transportation really is – and really isn’t.”

Mr. Einstein’s early entry as an expert witness within his overall transportation career reflects his comment that, “When I first entered the transportation field, realized almost immediately that it was in collapse. It is crooked, wasteful, incompetent and largely uncaring -- worse than Big Pharma, worse than Big Energy, even worse than our healthcare system.. Essentially the dirtiest business in the country – an industry soaking in reckless disregard.”

At the end of his decade of actually operating a transportation system (among the many he has designed), Mr. Einstein’s became appalled when software began to design routes and schedules, and select stops in the early 1990s. As a result, instead of running a transportation system, management simply learned to operate the robots that haplessly tried to optimize the chaos that the failure of anyone to actually design a transportation system left in its wake. This abandonment of live Earthlings running transportation systems coincides with Mr. Einstein’s transition to an expert witness (his first case was in 1989). It is for this reason that Mr. Einstein feels that there are few or no genuine experts below age 50 left in the field, and that “most of the real experts have either passed away or retired.” Interestingly, Mr. Einstein’s primary interest in system design, efficiency and cost-savings that dominated his “consulting years” shifted to safety as he transitioned into expert witness work. But because of this early interest in how transportation systems of every type worked, Mr. Einstein feels that, “I thought I knew more about public transportation than anyone in the country nearly 40 years ago.” According to Mr. Einstein, “One of the ironies that few attorneys grasp is that inefficiency and poor on-time performance are more often than not the underlying cause of safety-related problems, as they induce ‘safety compromises,’ and reckless disregard in general, like magnets.”

While he has learned to act like a “choir boy” in those few cases he does that ever get to the trial stage, Mr. Einstein is not a model of humility. And while he is patient with many attorneys, he can be hostile to those who have little interest in learning the rudiments of the subject matter, who do not allow him to “work the case” right, and who are far more concerned with how little they pay their experts than how much money they can win (or save, on the defense side) if they exhaust the evidence at their disposal, or fail to even obtain it. “I have little interest in whether or not an attorney likes me. My duty isn’t to be nice. My duty (when working on the plaintiffs’ side), is to help my counsel win or settle for as much money as they possibly can. And as a member of the transportation community, I have a strong interest in justice” – which he feels many attorneys consider secondary to ‘grabbing the handful of magic beans’ if they can get them by doing little work and taking little risk. Often, according to Mr. Einstein, he has to drag attorneys into optimizing the evidence at their fingertips “kicking and screaming.”

Even within the public transportation community, Mr. Einstein’s primary concern is the passengers – not the system. On the defense side, he will exhaust his knowledge pool when the case is just. Otherwise, he will not accept a case to “protect the castle.” He prides himself on the fact that he works on “both sides of the table,” and takes cases on their merits, rather than just to make money. At the same time, Mr. Einstein admits that, “Allowed to work a case right, and with my knowledge, an attorney can easily spend twice as much on me than on an expert of limited knowledge – or a parrot, a shill or a local yokel” -- as he feels most “experts” in his field are.

Because he cares more about the passengers than the system, “that’s why I’m so passionate about exposing the depth and diversity of corruption enshrouding so much of the field.” Among this moral bankruptcy, Mr. Einstein has a loathing for “brokers” who are increasingly dominating certain modes, as well as the totally-unmanaged “transportation network companies,” like Uber and Lyft, which have decimated the nation’s taxi systems and which are gradually encroaching into the schoolbus, transit, paratransit and motorcoach sectors. Yet if the facts of a case warrant it, Mr. Einstein will help defend them.

Finally, Mr. Einstein is an advocate and a master of using approaches and tools to enhance a settlement – such as the use of injunctive relief. He is also a master at recognizing the vulnerability of defendants who “cannot go to court” – and a section of his website titled “Commercial Agendas” explains this dynamic in depth.

Mr. Einstein encourages us to check out his website (transalt.com) which he feels is an encyclopedia packed with invaluable material about every mode of transportation – including and apart from his extensive magazine writing for publications like National Bus Trader, School Transportation News, Schoolbus Fleet and METRO. Additionally, Mr. Einstein has created five other public interest websites that cover many of the most common accident and incident scenarios – some of which involve themes in which he has served as an expert in more than 100 lawsuits safetycompromises.com, crossingaccidents.com, turningaccidents.com, passengerandwheelchairsecurement.com and wheelchairtipovers.com. “Listeners are welcome to use my website and these auxiliary websites as their transportation lawsuit “Bible” – even if they have no interest in engaging me.”

As an aside – and a bonus to those loyal to Close-Up TV and Radio -- Mr. Einstein owns a monopoly of 43 domains (including the five cited above) that cover virtually every transportation-related accident/incident scenario. He is just about to launch an effort to sell the whole lot to some huge law firm with multiple offices wishing to dominate the public transportation landscape. In appreciation for tuning in, Close-Up TV and Radio listeners just received the first advance notice of this race to the top.

Mr. Einstein hopes that his presentation will be highly-informative, and that every attorney, good, bad or excellent, will learn a lot in the next 23 minutes or so – even while many will not like him for his openness about how so many expert witnesses – in all fields – think about attorneys. As they say, “There are people. And there are lawyers.” Mr. Einstein is always thrilled to find, and assist, individuals who are both.

Close Up Radio will feature Ned Einstein in an interview with Jim Masters on Tuesday November 29th at 4 p.m. EST

Listen to the show on BlogTalkRadio