It’s been a long wait but the 2023 Chevrolet Corvette Z06 is finally in production.

Production of the supercar actually started in September and the first batch was shipped out to dealerships on Thursday. 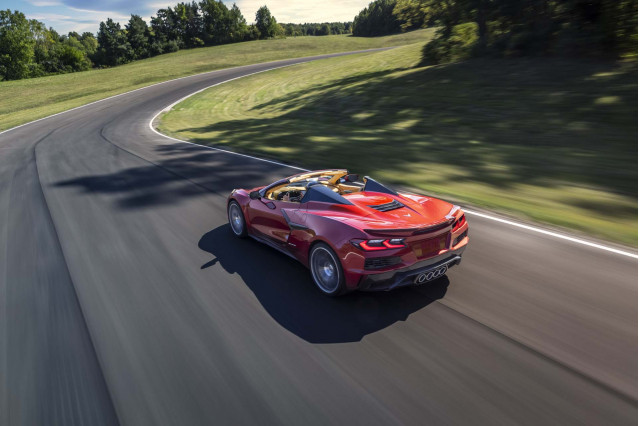 The 2023 Corvette Z06 costs $106,395, including destination. Chevy started accepting orders in late July, and although the automaker previously said it was stopping accepting new orders through the end of 2022, a spokesman has confirmed the order process resumes in November.

The car is powered by a unique 5.5-liter V-8 that boasts a flat-plane crank design, dual overhead cams, dry-sump lubrication, and an output of 670 hp and 460 lb-ft of torque, which Chevy claims to be the highest output of any production naturally aspirated V-8. The engine, which customers will be able to assemble via Chevy’s Engine Build Experience program, is mated to the same 8-speed dual-clutch automatic found in the Corvette Stingray, but with a shorter 5.56 final drive ratio for improved acceleration. Performance claims include 0-60 mph acceleration in 2.6 seconds, a quarter-mile elapsed time in 10.6 seconds at 130 mph, and a top speed of 195 mph.

This will possibly be the last Corvette Z06 with an internal-combustion engine. Chevy in April said it was working on an electric Corvette, likely based on a redesigned C9 generation.

But before we see any electric Corvette, Chevy will introduced hybrid versions of the current mid-engine C8 Corvette. The first of these is expected to debut shortly as the Corvette E-Ray.

The Festival of Trees returns to McCormick for its …

Murdaugh asks for shackles to be removed during court

Now you can eat your Chick-fil-A and wear it, too

Murdaugh asks for shackles to be removed during court

North Augusta woman wanted in Florida as person of …

California man charged with murder and other crimes …